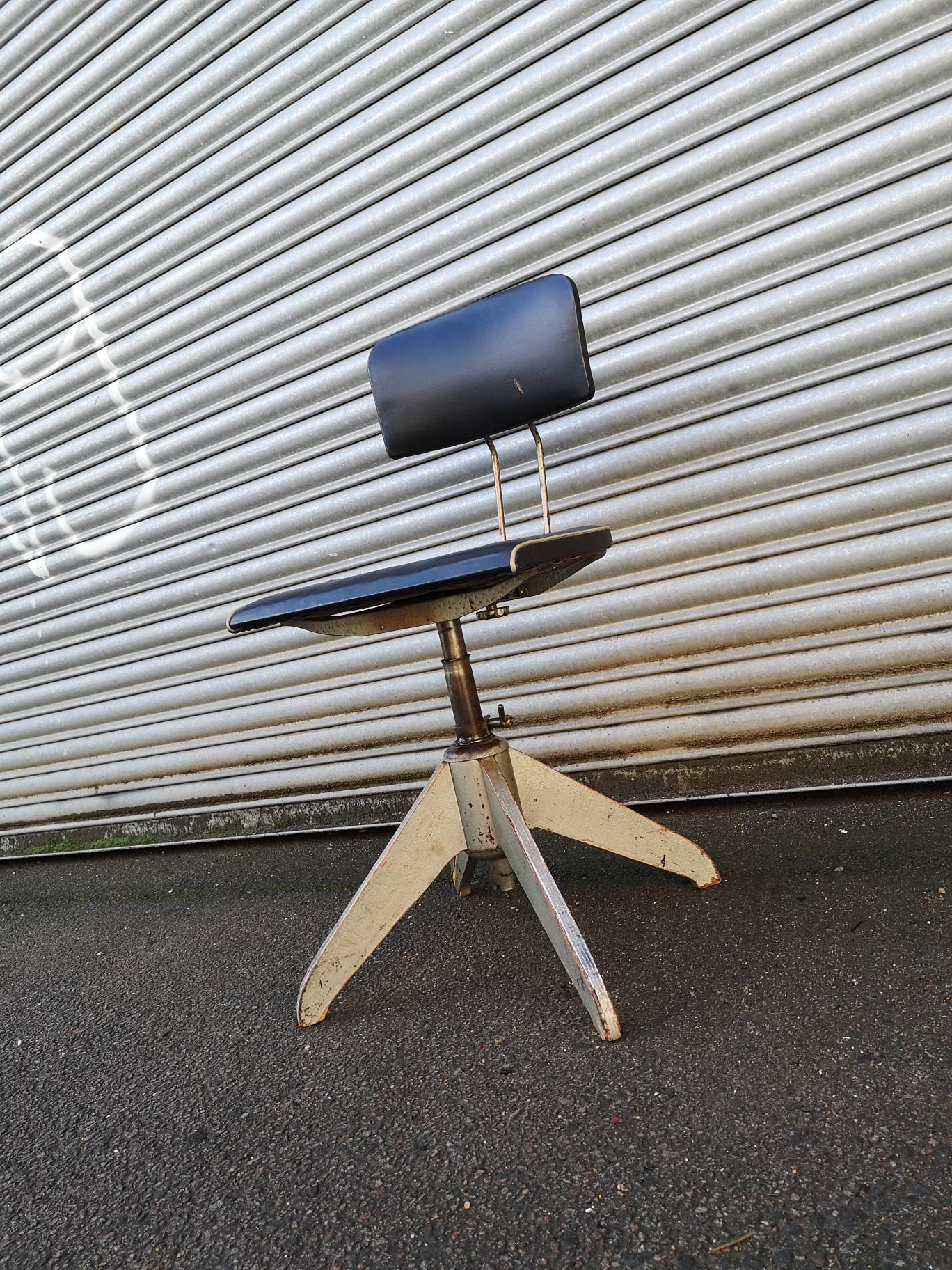 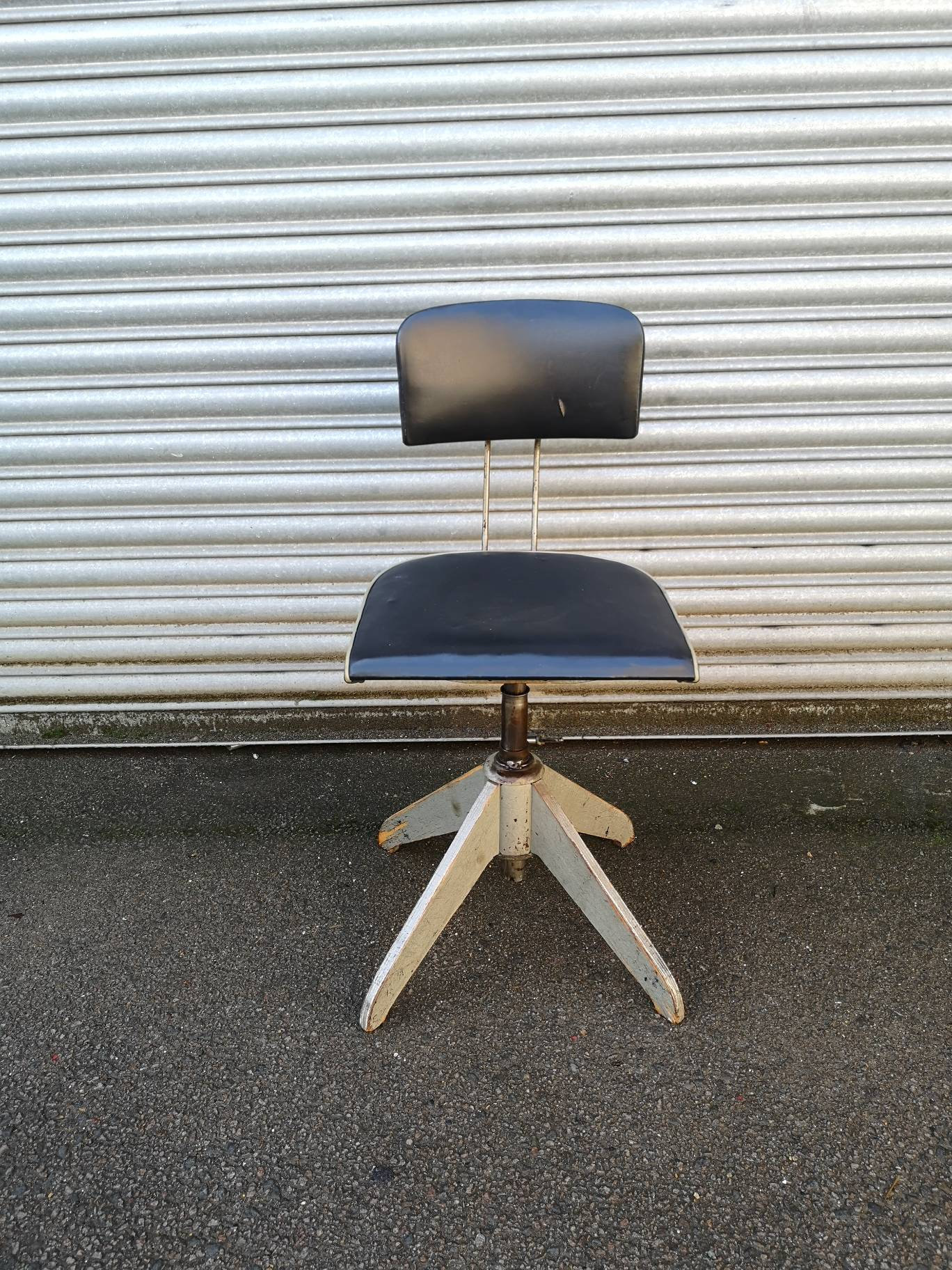 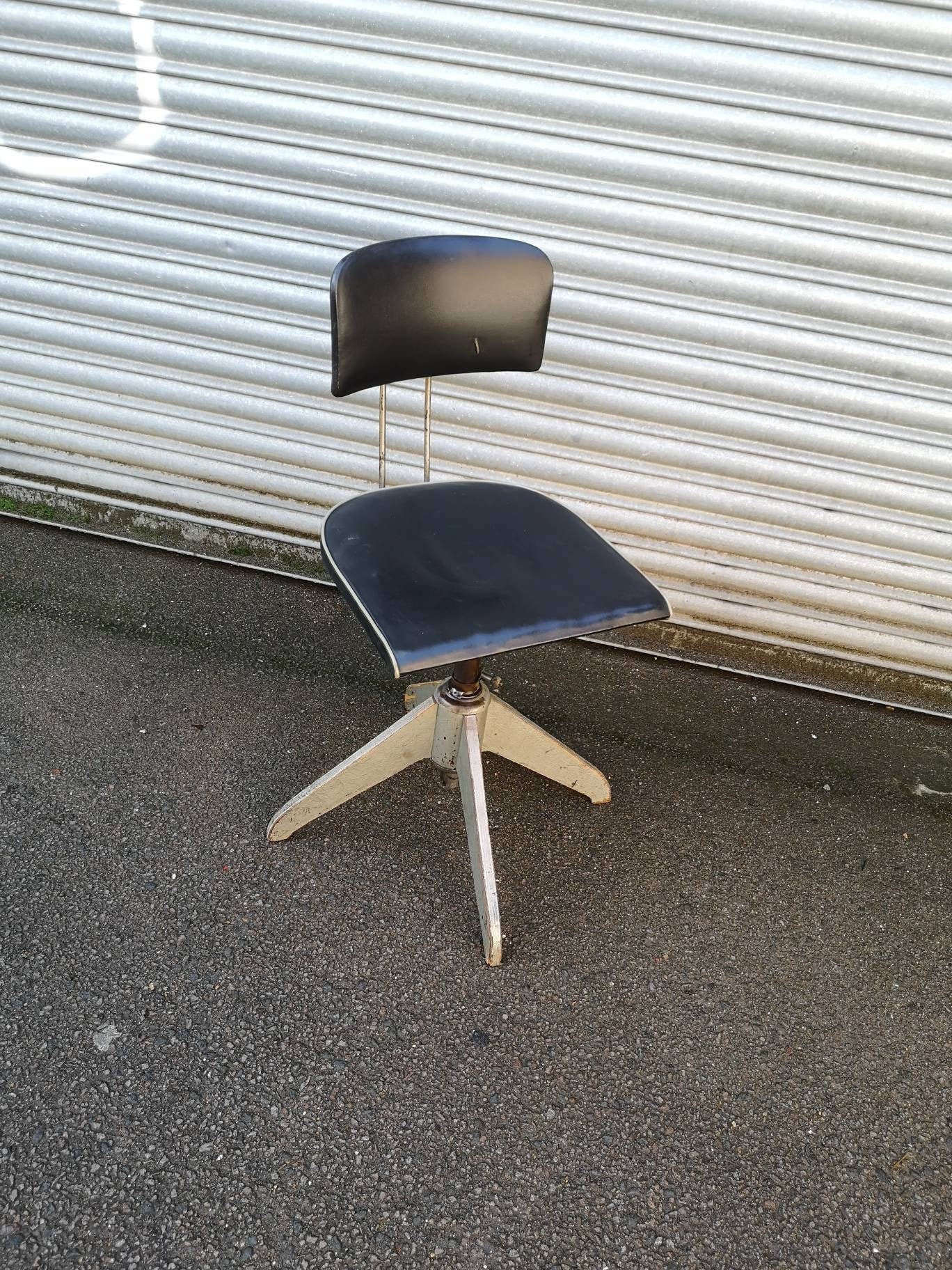 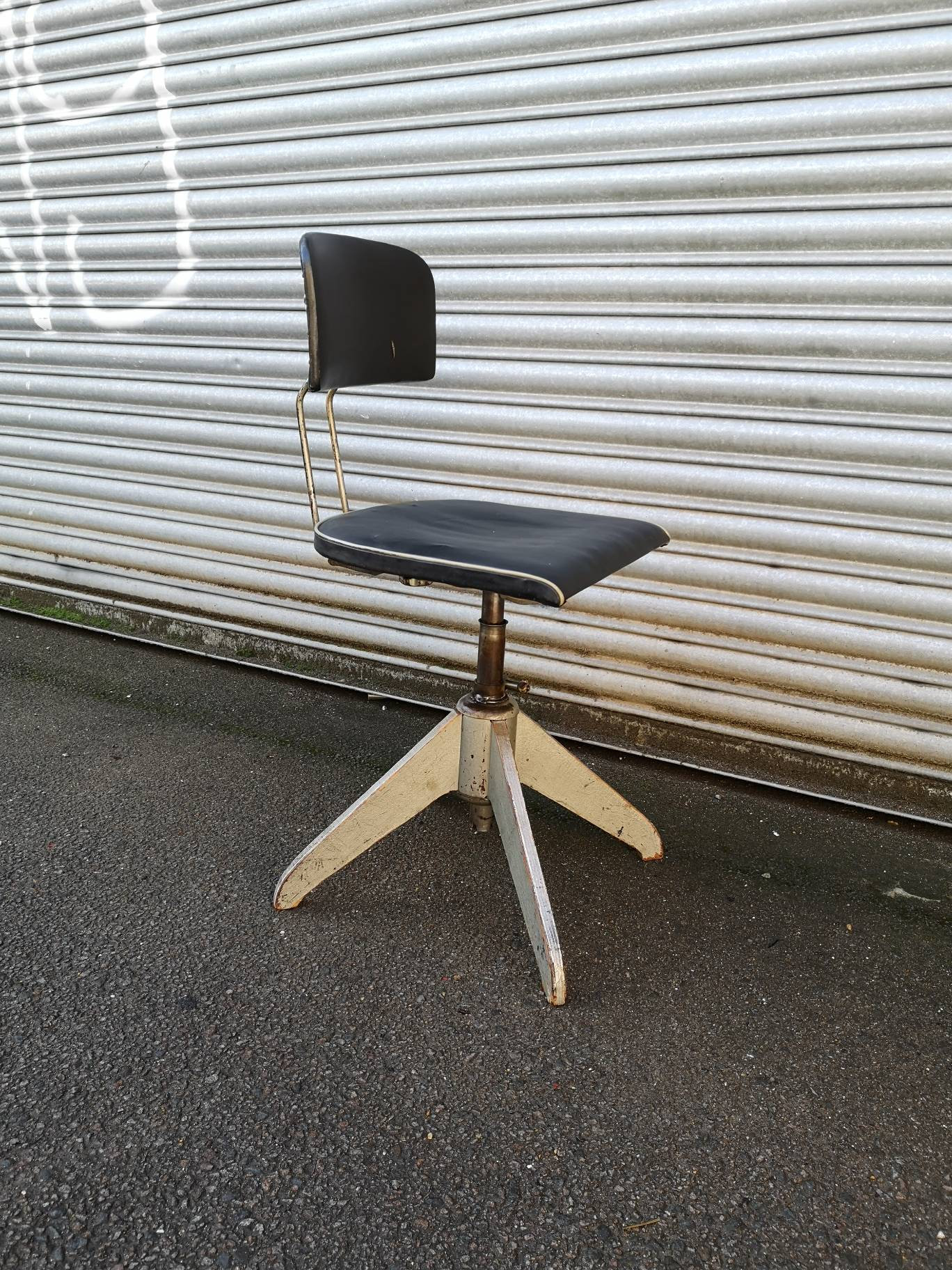 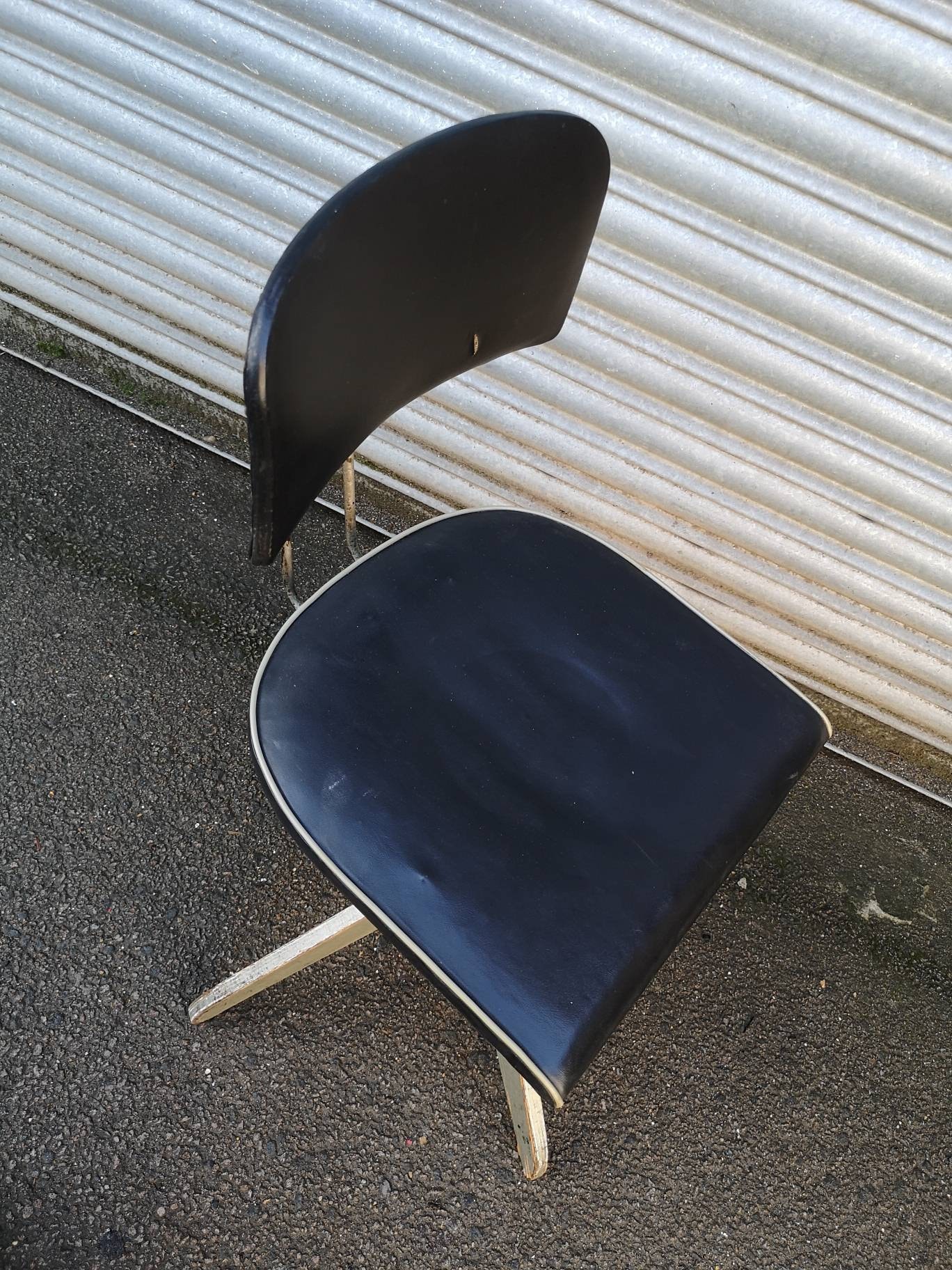 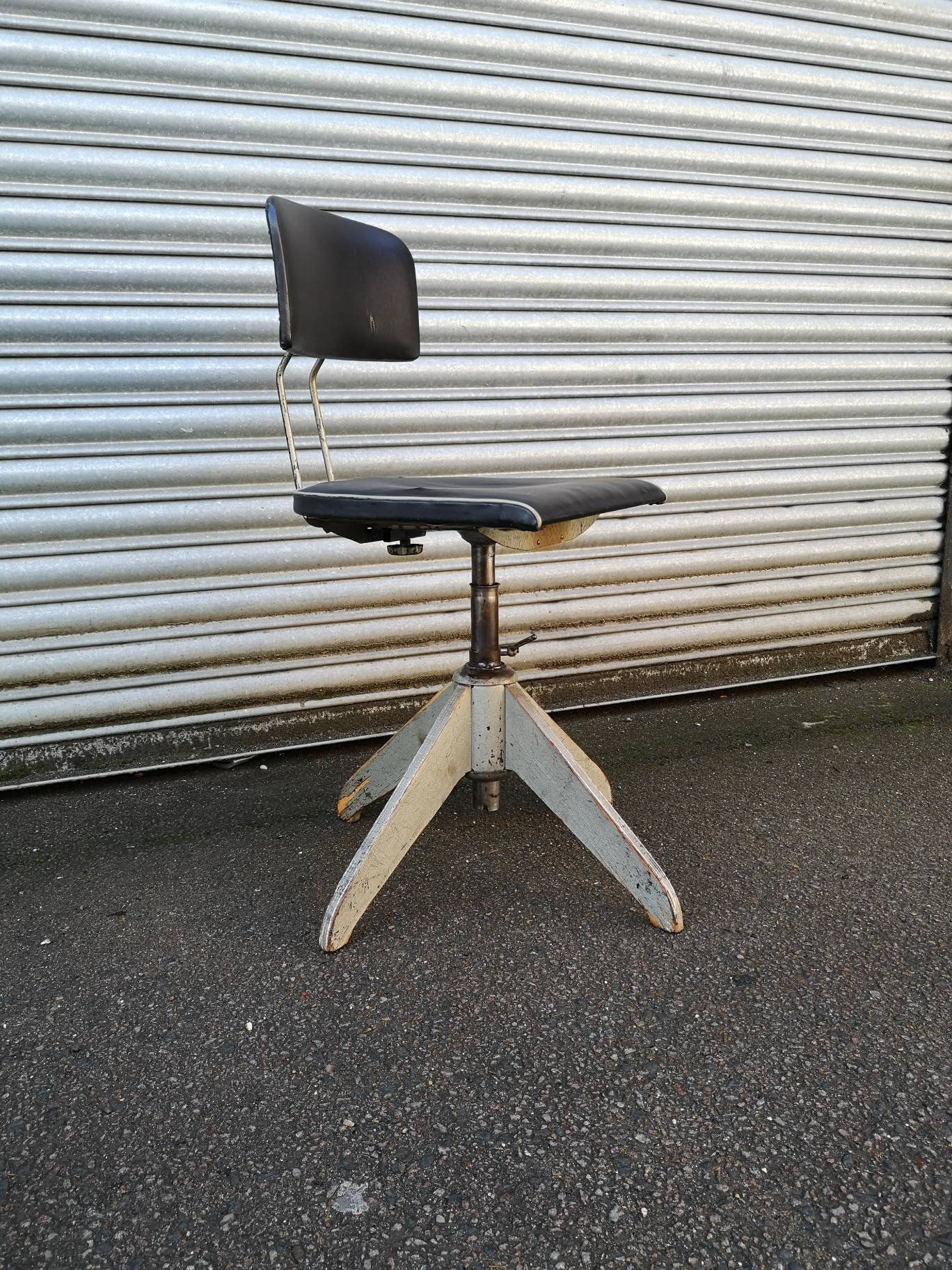 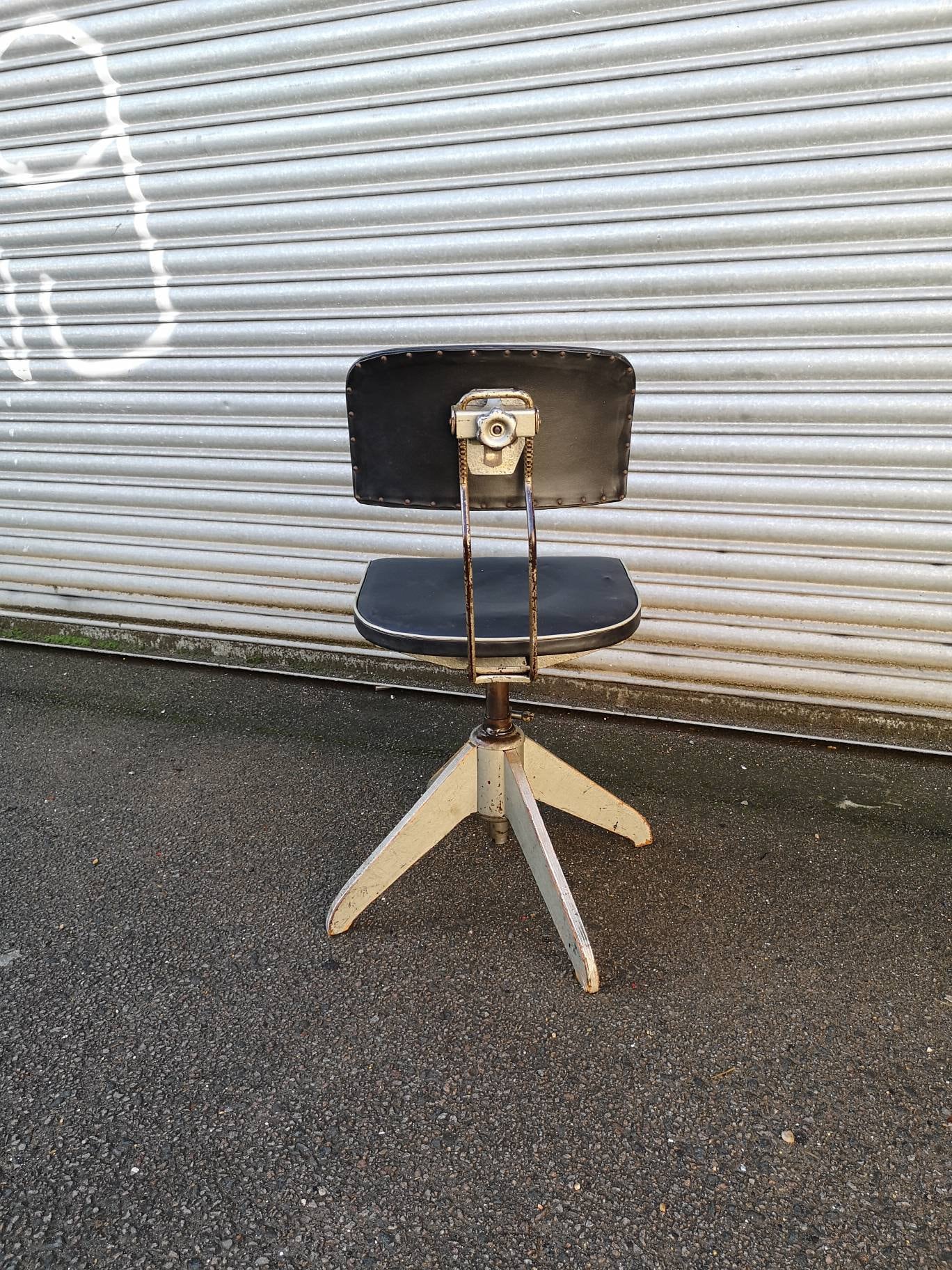 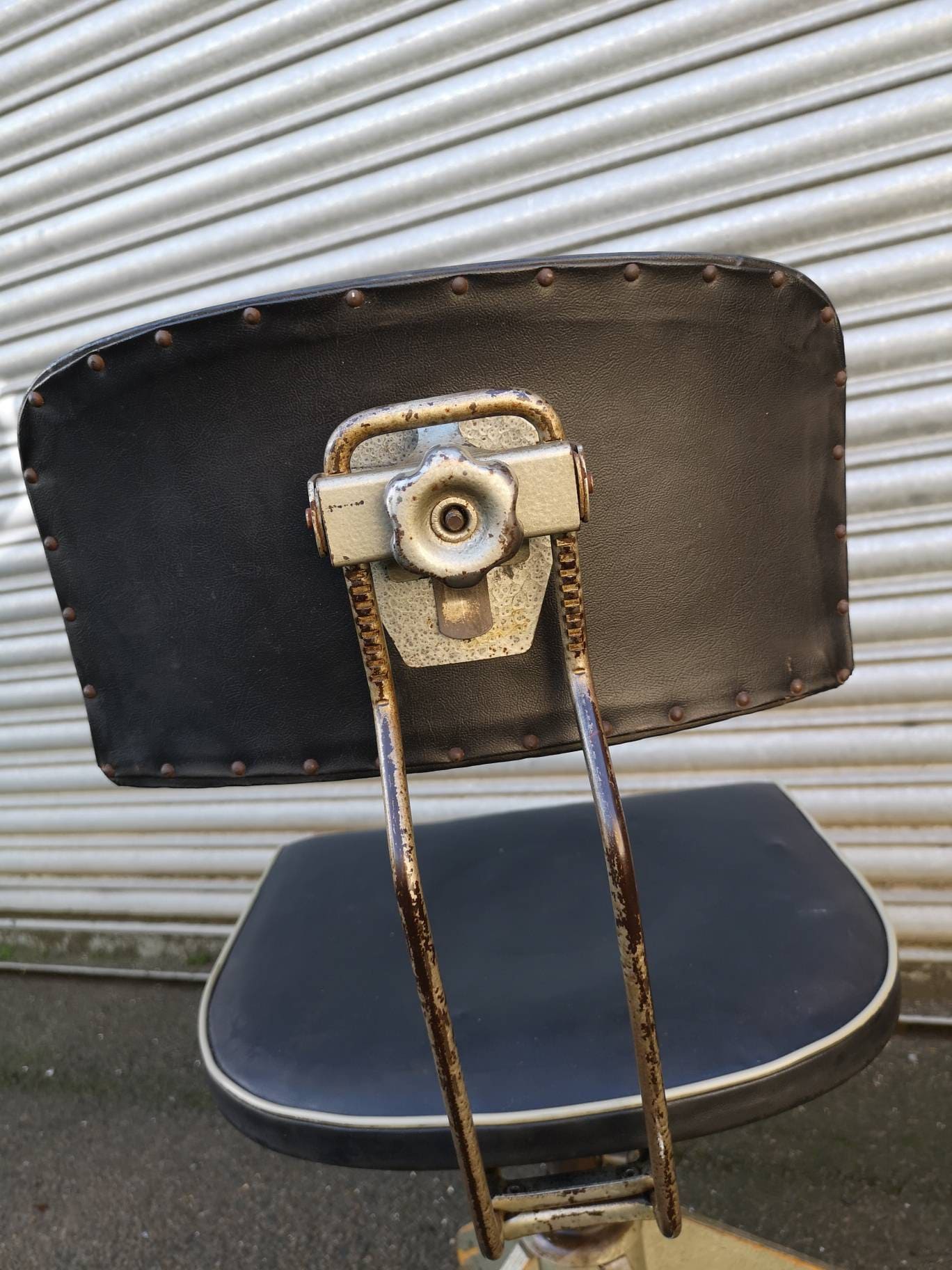 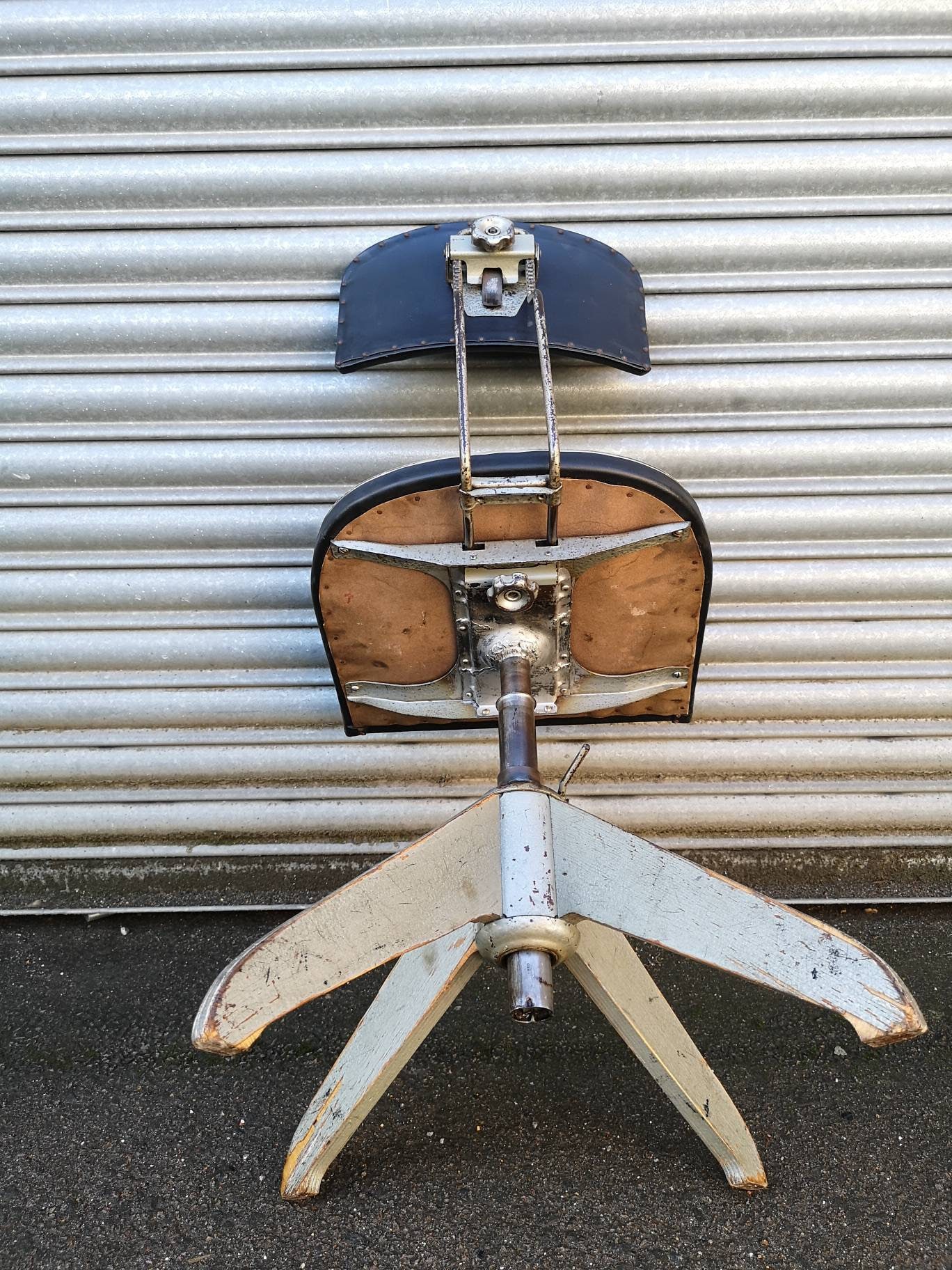 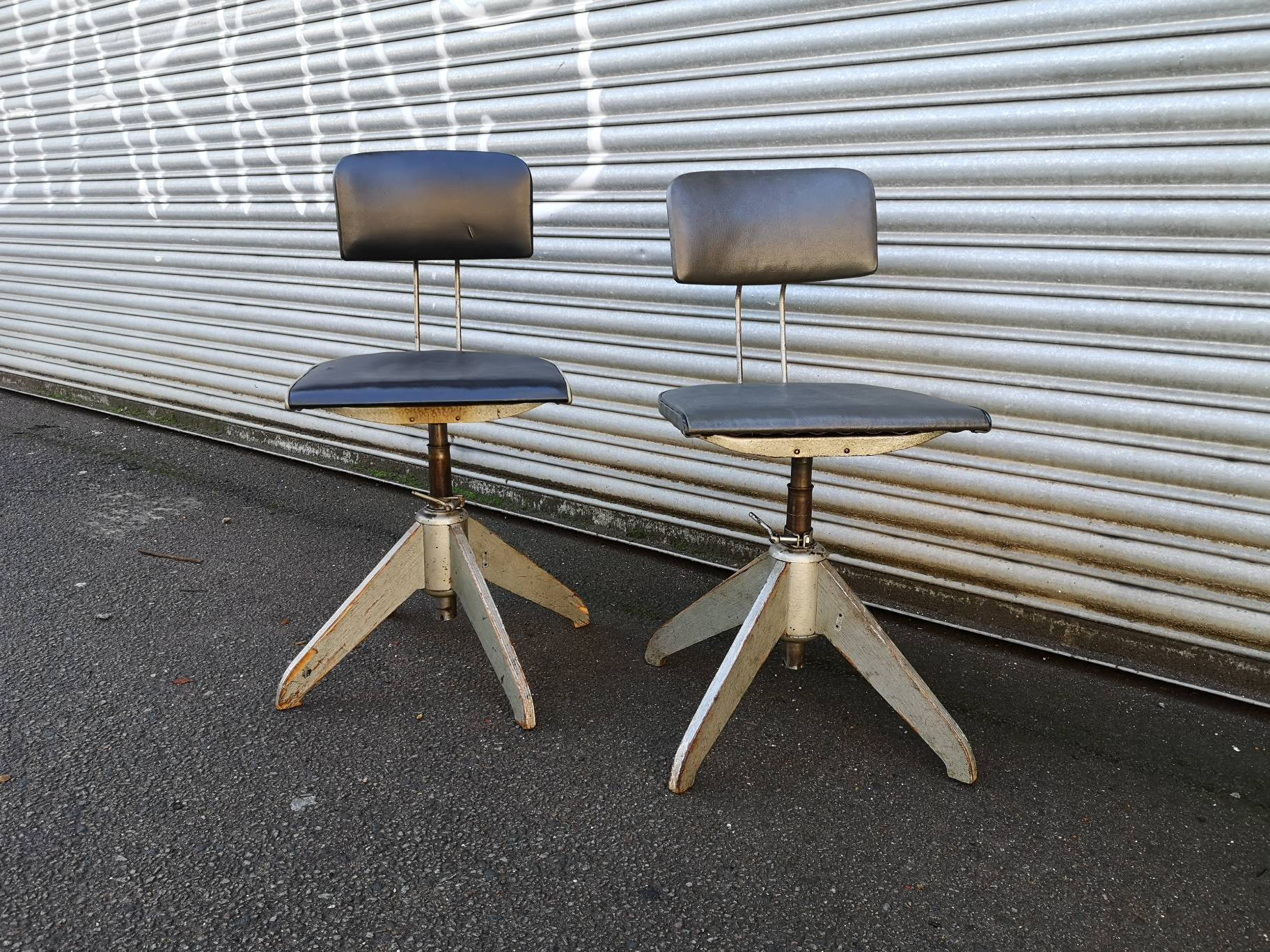 Post war 1950s ROWAC Robert Wagner designed architects chair. After the second world war with the rise of the Eastern Bloc the ROWAC factory & designs were succeeded by the state owned VEB BENFEMA.

Amazing design for comfort, vinyl covered leaf spring seat the steam of the seat works like a shock absorber. The backrest can be moved in both every direction forwards & backwards aswell as being raised & lowered. Everyone who uses the chair can find their most comfortable sitting position.

In great aged condition, these chairs were all used in real life, so they will show signs of being used for purpose.


Rowac ( Robert Wagner Chemnitz ) was founded by Robert Wagner in 1888 a hardware factory in Chemnitz, Saxony, which produced furniture for industrial use. Today stools, chairs and cabinets from Rowac are traded as antiques.

Rowac was founded in 1888 in Zschopauer Straße in Chemnitz. In 1920, the factory site in Altchemnitz (Annaberger Straße) was moved, which still houses the company bemefa GmbH which succeeded ROWAC in the newly formed East Germany ( DDR German Democratic Republic ).

After the Second World War, the company was converted into the VEB BEMEFA ( factory equipment and metal goods factory ). Since 1990 the bemefa Metallmöbel GmbH Is still in business.

In 2015 2015, Goldstein & Co. in Leipzig , together with the rights holder Rowac folding stool re-launched & started manufacturing.

You are more than welcome to purchase this item in person & pick it up from our London based workshop.

I gladly accept returns and exchanges

Ship items back to me within: 14 days of delivery

But please contact me if you have any problems with your order.

The following items can't be returned or exchanged

Because of the nature of these items, unless they arrive damaged or defective, I can't accept returns for:

0 items in your cart